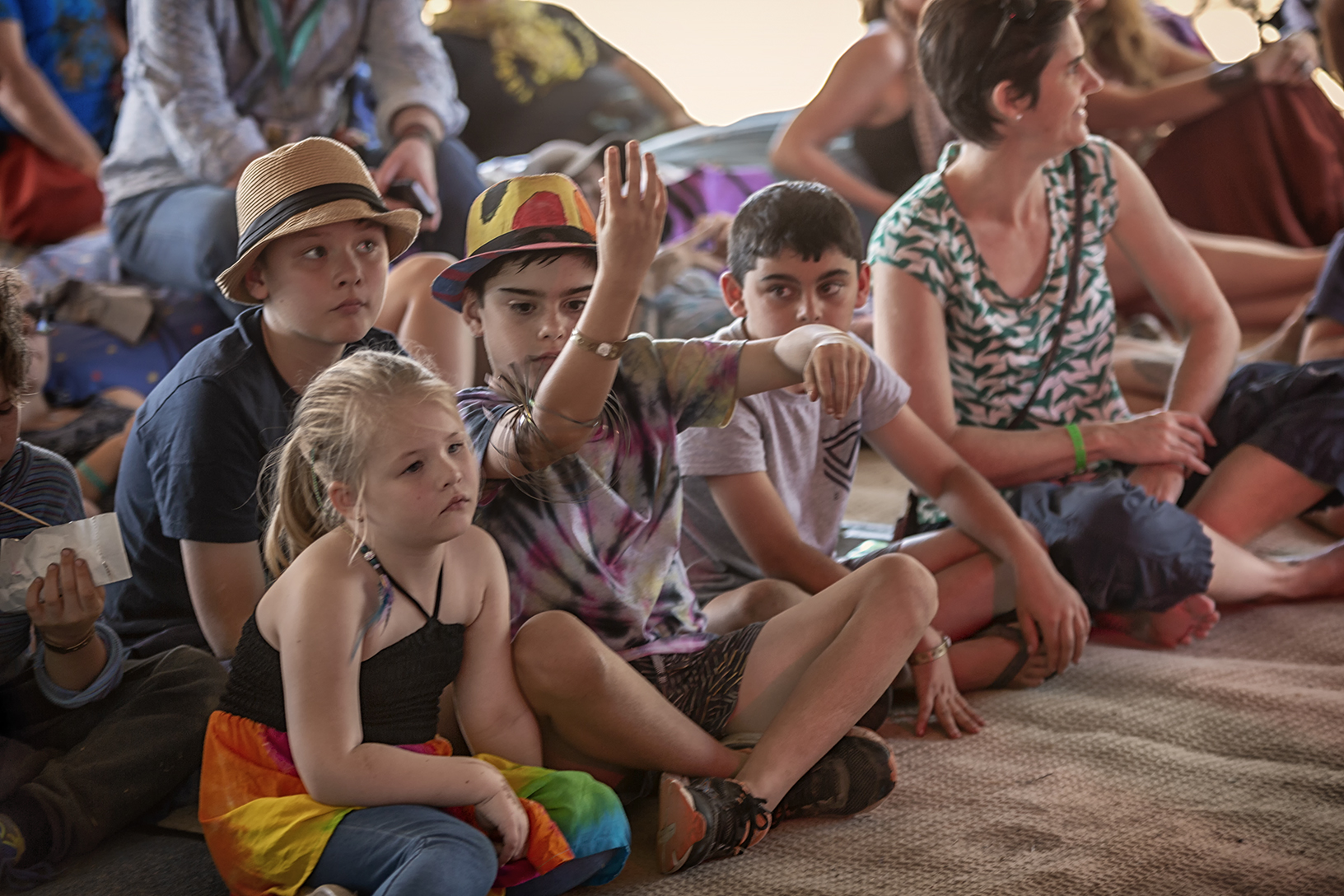 We are a community based, not for profit, family friendly, (and above all else, fun) Folk Festival.

Our camp/festival site is about half an hour’s drive South of Townsville – nestled at the foot of the mountains, and surrounded by the bush (you may see wallabies outside your tent in the mornings).  We would love for you to be a part of the magic.

We are the longest continual running Folk Club in Australia and will be marking this occasion by bringing the Folk Club to the Palm Creek Festival on Thursday night at the Jam Tin Stage.

Established as just a weekend away with good music and a few friends in 1991, the festival quickly grew in repute and size.

The first few years saw a number of different homes, including Melville’s Farm and the Pangola Stud, until the festival finally settled in at what is now the Mountain View Eco Park, in 1995.

In 2010 the festival was the winner of the Townsville City Council’s Arts Award for Event of the Year.

The festivals held in 2011 and 2012 saw increased growth of attendance to reach capacity of facilities at the Palm Creek venue with the festival selling out since 2012.

We have now officially lost our long weekend, so we are making small changes to adjust. Nothing these days seems to be a guarantee, so each year we do our best to improve the festival for your pleasure and enjoyment. Feedback is always appreciated, good or bad!

Planning is now well under way for the next great festival.

We are very proud to be running a successful folk festival in this day and age. Even more important is the fact that every organiser is a volunteer and if the festival makes some money that gets spent on the following festival or supporting community organisations. This is not a money making venture for anyone on the organising committee.

Organisations and events that the Townsville Folk and Acoustic Music Club have supported through the success of the festival include: